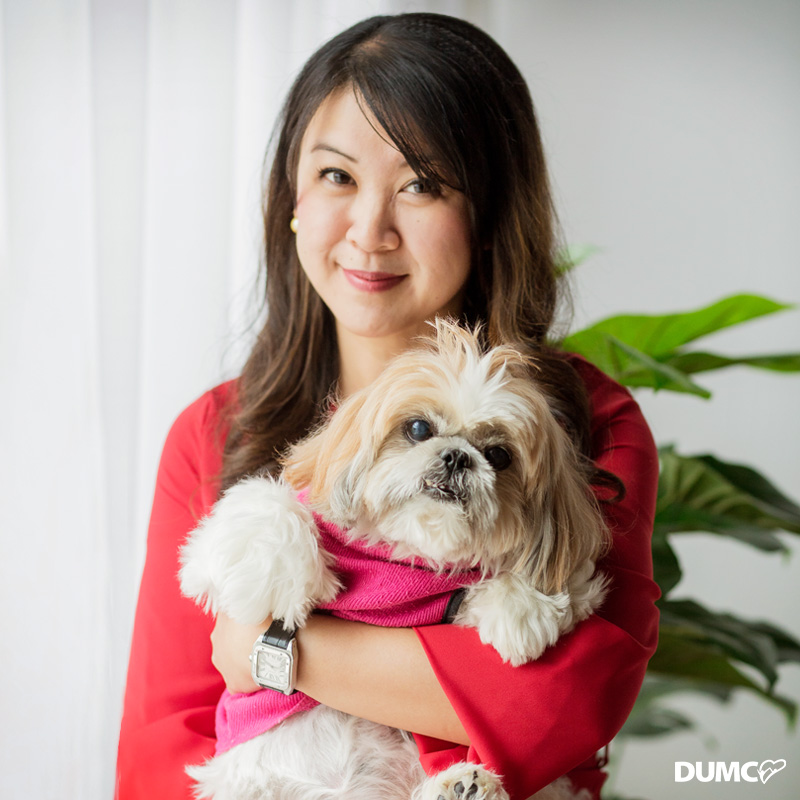 Growing up, I have always questioned my existence. Who am I? Is there a meaning to life? What is my purpose here? While I believe that there is a god, I did not feel the need to have God personal in my life then; I believed and trusted in my own abilities for accomplishments, without knowing the significance or impact of what I do. Friends would encourage me to attend Christmas services at church and evangelistic meetings. While I attended numerous times, however, I did not have the desire to know Jesus personally. Yet, there is this naggy void that something is missing in my life, which I could not put my finger to.

About 10 years ago, I had a boyfriend, K, who is a Christian. At that point, we were together for 10 years. We have always enjoyed each other’s company and also experienced ups and downs throughout the years. Unusually, there was no serious talk of getting married.

After a very, very bad argument one day, we broke up. After 10 years of being together, we ended the relationship, shockingly with no recourse nor prospect for reconciliation.

Desperate, dejected and in despair
K has been my boyfriend for a decade. Surely we can work towards salvaging our relationship one way or another? I did everything I could, in my limited human capacity, to win him back, but to no avail. What broke my heart was having K tell me that he no longer has any more feelings for me! I sobbed my heart out. It was as if K’s heart has hardened, and it saddened me that he gave no consideration to our time together. Our decade-old relationship vanished, just like that.
I was broken and hurt. I felt rejected. I was scared to face the future.

But God
Many questions came to mind. Where was God in the midst of this? Have I wasted my time with this man? Is there no second chance? Am I open to the prospect being single for life? Will I get out of this intense sadness? How do I find hope again?

I desperately needed a miracle. I realised quickly that my humanly strength is limited. The only Person Whom I knew Who performed miracles was Jesus. But I knew nothing about Jesus, except that He raised the dead, and He turned water to wine.

Somehow, in my heart of hearts, I knew I had nothing to lose but everything to gain by putting my trust in Jesus.

In the midst of this seeming darkness, I gave my life to Jesus.

Praying and fasting
Despite feeling shattered, I did not wish to wallow in self-pity, for I know that the battle is the Lord’s. I was wounded, but as a new creation in Christ, I chose to get better, not bitter. I chose to surrender everything to Him.

I was led to go on a Daniel Fast, during which I ate only vegetables and drank only water for an extended period of time. Being a meat and dessert lover, God certainly gave me the strength and focus during this fast! At the same time, I sought the Lord fervently in prayers and read His Word, wanting to know my Heavenly Father more intimately above all else.

Throughout the entire fast, I felt joyful and an overwhelming sense of peace. God is close to the broken-hearted. I may have lost a relationship, but Christ found me. I was nourished spiritually and discovered a renewed sense of purpose. God filled the voids and held me together. I knew my God was healing me holistically.

In Him, I found my identity. In Him, I felt whole, accepted and purposeful. In Him, I found freedom knowing that all my sins are forgiven. As I have been forgiven, I also learnt to forgive. Most of all, I felt the tangible love of my Heavenly Father, especially when spending time alone with Him.

At the end of the fast, I received comments that I no longer look downcast, that I exude radiance! God’s transformative works in me was nothing short of amazing. I felt like a new person – I was a lot less ill-tempered, more generous towards people and discerned a newfound hope in Christ. A few months later, I was baptised in water as an act of faith and obedience.

God also sent me many godly friends who relentlessly gave me encouragement. They were angels sent by God who spoke life over me. One of the many verses spoken was Matthew 6:33 ‘But seek first the kingdom of God and His righteousness, and all these things shall be added to you.’ I held on to this verse tightly, believing that God is a Keeper of His promises.


God’s Miracles of Healing and Salvation
During this time of praying and fasting, God performed several miracles in my life.

Due to the break-up, I suffered from bouts of insomnia, which I never had before. I would wake up in the middle of the night, with feelings of fear and panic washing over me. My worried mother took me to the psychiatrist, who prescribed anti-depressants and sleeping pills. I took these pills for only a week, during which time God led me to Psalm 127:2 ‘… For so He gives His beloved sleep’. I decided then that since I can trust God with my life, I can also trust Him to give me sleep. After praying nightly before going to bed, I truly praise God that I was able to sleep soundly with no medication at all!

Once, I fell off a chair and hurt my coccyx. It hurt when I lifted heavy objects or when I climbed stairs. The doctor refused to treat me; she merely advised me to see her again after three months. I sought God and was prompted to partake of the Holy Communion everyday, declaring the finished works of Jesus in my life. Soon, I have forgotten all about my injured coccyx. One day, I was carrying heavy boxes while going up the stairs, and only then did I realise that the pain was gone! God has healed me completely with no medical intervention!

During this time, I invited my parents to attend church. Despite not being believers at that time, they agreed and even sang along to worship songs. After several weeks, at the end of one particular service, my father responded to the altar call. I walked him down to the altar, and my father told the senior pastor that he would like to accept Christ! The senior pastor led my father in the sinner’s prayer and my father was born again that day! My father later shared that he saw the transformation in me after my accepting Christ, and this made him want to have Jesus in his life too!


The Unexpected
Almost a year after our break-up, K initiated communications with me. This was completely unexpected, as he was adamant in cutting off ties with me – we did not even keep in touch as friends.

When God restores, He restores to better than before! In the following months, I learnt that he took his Christian faith seriously, and he was finally getting baptised! He even invited me to witness his baptism! K is more generous than before, more patient and tolerant, and most importantly, places priority on his walk with God. He has also opened up his home to host cell meetings.

Throughout this whole time, I prayed and sought God’s wisdom and revelation. K and I spent more time together, and things came to a head when K proposed to me! God is truly great and it’s all in His timing! God is indeed faithful. We were married in a beautiful ceremony and are boldly standing on God’s promises for our lives today.


One Way, Jesus
Looking back in my pre-believing days, I came to realise that it is truly the Lord Who has been blessing and watching over me throughout all these years.

God is sovereign. His ways are higher than mine, and His ways are not my ways. Romans 8:28 ‘And we know that all things work together for good to those who love God…’. The break-up drew us both closer to God; it opened doors to a relationship with Jesus, the most meaningful relationship of all. While the agony of pain is real and tangible, the enveloping love, comfort and security of Jesus more than made up for the sorrow I felt. I would not have wanted it in any other way.

God does have a plan for each one of us. His redeeming love and grace gives the assurance that there is always, always hope in Christ Jesus.