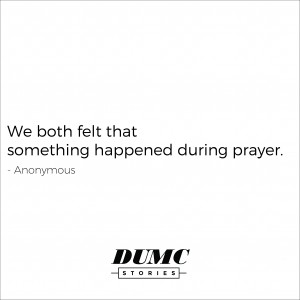 Out of the blue, my daughter suddenly had what appeared to be allergic rashes all over her face, arms, legs and back. It made her itch badly all over. Initially, she took over-the-counter pills, or antihistamines, and put on lotions which helped alleviate the itching. After a week of dealing with recurring itchy rashes, she went to the doctor who gave her a jab and some medication. Despite some immediate relief, there was not much improvement.

Another week passed. In Celebration, Pastor Chris called for those who had skin problems like eczema to go out for prayer. My daughter did not want to go. Then, he asked us to raise our hands to be prayed for, so that we could use our hands to bless others. I claimed the anointing of healing onto my hands. The next day, l laid hands and prayed for my daughter. We both felt that something happened during prayer.

Praise God, the itching reduced with noticeable improvement in her skin condition. A few days later, I also took her to a doctor to see if we could find out what had caused the rashes. He then confirmed that it was eczema. About a week after praying for her, my daughter’s skin cleared up and returned back to normal. The ugly and irritating rashes, lumps and bumps are gone!

Praise God for His healing grace, and for answering our prayers.

Your Story. His Glory. Share your story here: bit.ly/