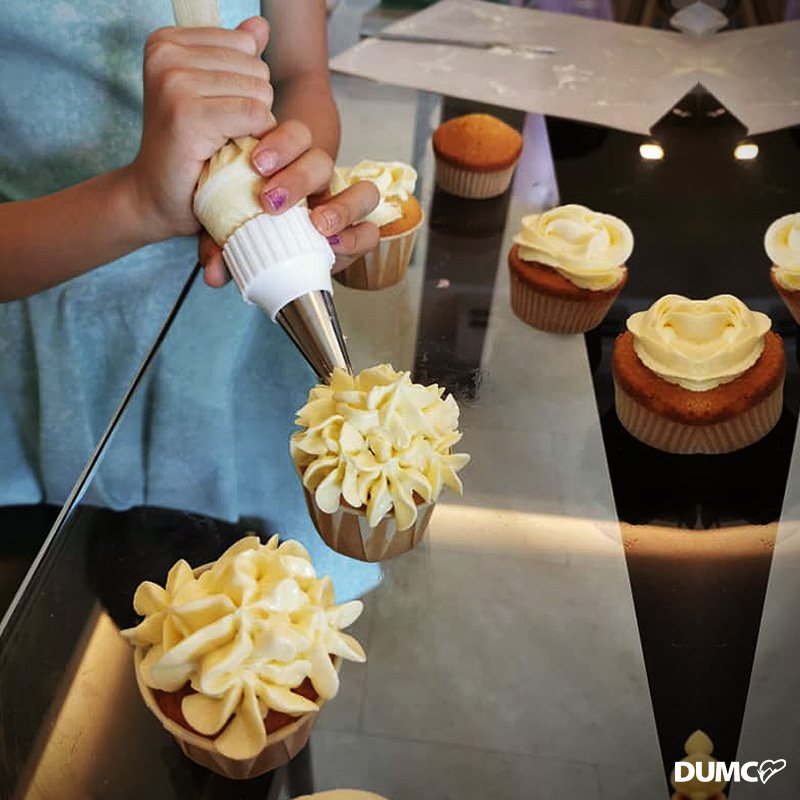 When DUMC launched IMPACT 2020, we had an idea of doing something as a cell group with the OA children. Then, Covid-19 happened and our plans were halted. Later, during the RMCO, my wife had a great idea to do something as a family and involve our two daughters (6 and 9 years old) during their school holidays. It was good timing because the holidays meant more time to concentrate on our cause. We agreed to get them to plan, bake and deliver cupcakes to their school friends and to the neighbours living around us.

The Cause
The idea was to raise funds for a cause. We didn't have a specific one in mind, but days later, God led us to SSMH (Society for the Severely Mentally Handicapped) while we were praying about it, listening and observing. We knew a couple who sent their child there, and found out that the centre was unable to run its usual donation drives due to restrictions. So we thought, why not help them?

Going Out
Once the purpose was clear, we went ahead and got orders. We explained to our daughters why we were doing this and they came up with posters to explain the purpose of their fundraising activity. With the orders coming in, our little family started baking, decorating, packing and delivering the cupcakes. The girls were really excited and committed to the cause. By the time we were finished, we managed to sell more than 200 cupcakes.

The Impact
Eventhough our fund-raiser was a small one, we saw many positives come out of it.

As we were selling the cupcakes, many were made aware of the SSMH and some offered donations. We directed them to give directly to the centre. One neighbour even bought 10 boxes of cupcakes and blessed the security guards working in our area.

When my wife brought the girls to the centre to hand in the money they raised, the administrator was touched by the gesture. The girls even had the privilege to meet new friends there and observed how they learnt.

Opportunity Almost Lost
When the idea was still in its infancy, an opportunity suddenly came up for my wife to work during her holidays and get extra income. She turned it down. We saw that as a temptation to keep us from the plan. What a lost opportunity it would've been if we decided otherwise.

Learning through Doing
Perhaps the satisfying thing as a parent is listening to my daughter' answers when they are asked why they did the fund-raiser. "Because we don't want to be in Selfie-mode" was one, quoting Pr Chris' message not too long ago. They were also learning through their devotional on how to bring glory to God by serving others. My younger daughter said, "Just like helping the SSMH". By doing, they have a tangible experience to link to what they are learning.